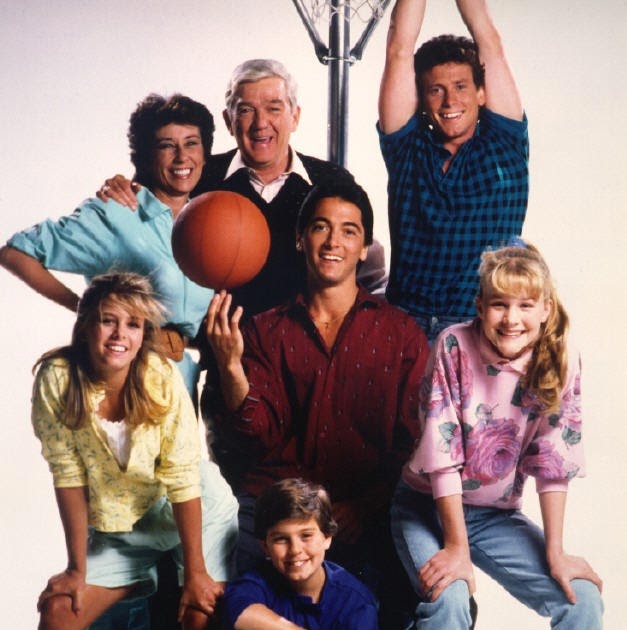 The 80’s were a glorious time for television, full of fantastic sitcoms. Perhaps I’m bias because these shows remind me of my youth, but there is just something super awesome about them. Here are what I feel are some of the best sitcoms of the 80’s. 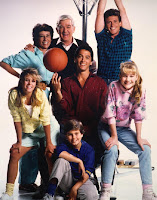 16. Charles in Charge (1984-1990)
Charles, a college student, moves in with the Powell family as the housekeeper, baby-sitter, and friend to the children. Along with his best friend, Buddy, Charles attempts to manage his life, especially college and girls, as well as tend to the family.

15. Silver Spoons (1982-1987)
The story of young Ricky Stratton and his millionaire father, Edward, who lives very much like a young boy himself, in a house filled floor to ceiling with toys. Still, Edward takes raising Ricky seriously, and tries to avoid spoiling him while still letting him enjoy his childhood.

14. Head of the Class (1986-1990)
Charlie Moore is struggling New York actor-director, who while waiting for his big break, works as a substitute teacher. His current assignment is to “watch over” a class of student prodigies. When he sees them, he sees that the principal has more or less shut them out from the rest of the world, so he tries to show them that there’s more to life than just studying and winning academic competitions. The principal doesn’t exactly think that he is a positive influence on the students but when one of the students’ parents, who is also on the school board, sees how he got his son to get out off his shell that he “asked” the principal to make the permanent teacher. So every week he helps the students with their personal problems, in addition to their academic ones.

13. Small Wonder (1985-1989)
Father Ted Lawson creates robot, Vickie. The family, Ted, Joan, and Jamie, keep the information that Vickie is a robot secret, and pretend that she is their daughter. Harriet, their nosy and annoying neighbor, has a crush on Jamie and plans to marry him. Her dad, Brandon Brendall, is Ted’s boss because Brandon stole Ted’s ideas and said he invented them. Tiffany Brisset stars as Vickie “The Robot” Lawson. 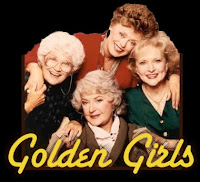 12. The Golden Girls (1985-1992) The Golden Girls is based on the lives and interactions of four older women whom have all been divorced/widowed, and are now roommates. Bea Arthur’s (Dorothy) main goal during the series is to find a companion she can relate to while her mother Estelle Getty (Sophia) adds her comical outlook and frequent “Picture This” stories. Betty White’s St. Olaf-ness makes her a little corny but lovable. One thing that changes nearly every episode is whom Rue McClanahan (Blanche) is courting. She’s a little too promiscuous for her own good. 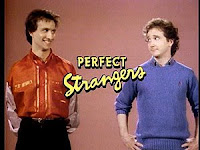 11. Perfect Strangers (1986-1993)
Balki Bartokomous, a sheepherder from the small Mediterranean Greek-like island of Mypos, travels to the United States in search of his relatives. He finds his cousin, Larry Appleton – who has recently ‘escaped’ from his large-sized family and is reveling in the unaccustomed luxury of having his own room to himself. They end up sharing accommodation in Larry’s apartment – even though the two cousins could not be more dissimilar. For, while Larry is panicky, hyperventilative, business-like and mercenary – Balki is placid, unharried, sunny-natured and idealistic. 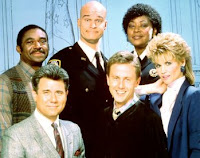 10. Night Court (1984-1992)
Judge Harold T. Stone presides over “Night Court”, a court which deals with petty crimes which can be dealt with in a dime-a-dozen manner. Invariably, the cases appearing before the court are bizarre, but that’s ok because Judge Stone is not your regular judge. He’s assisted by a motley crew of clerks and District Attorneys who often create as much chaos as the criminals they bring in for trial.

9. Alf (1986-1990)
The Tanner family is an average American family. One day, they discover that they have a visitor. He’s small, he’s furry, he’s arrogant, and he’s an alien from the planet Melmac. Unsure what to do, they name him ALF: Alien Life Form. Alf soon decides that as much as he misses his home planet, there’s a lot to be said for Earth: the Tanners are willing to concede anything as long as he doesn’t announce his presence. Oh yeah, the the Tanners also have a cat, which looks rather tasty… 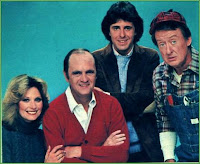 8. Newhart (1982-1990)
Dick Loudon and his wife Joanna decide to leave life in New York City and buy a little inn in Vermont. Dick is a how-to book writer, who eventually becomes a local TV celebrity as host of “Vermont Today.” George Utley is the handyman at the inn and Leslie Vanderkellen is the maid, with ambitions of being an Olympic Ski champion; she is later replaced by her cousin Stephanie, an heiress who hates her job. Her boyfriend is Dick’s yuppie TV producer, Michael Harris. There are many other quirky characters in this fictional little town, including Dick’s neighbors Larry, Darryl, and Darryl…three brothers who buy the Minuteman Cafe from Kirk Devane. Besides sharing a name, Darryl and Darryl never speak (until the final episode). 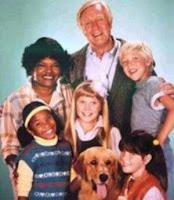 7. Punky Brewster (1984-1988)
Punky Brewster is a show about a girl named Penelope “punky” Brewster. She is abandoned with her dog, Brandon in a supermarket by her mother. She doesn’t want to stay in an orphanage, and finally befriends Henry Warnimont who adopts her. 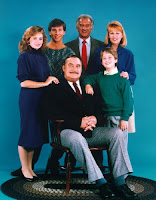 6. Mr. Belvedere (1985-1990)
A sarcastic, wisecracking Englishman answers an ad and slots into his new role as housekeeper for a dysfunctional family, the Owenses. He becomes their nursemaid, babysitter, cleaner, cook, confidant, conscience… all these things, but still can’t get Angela to pronounce his name correctly! 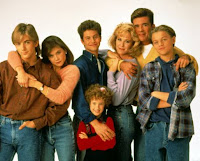 5. Growing Pains (1985-1992)
It’s hard enough to raise a kid nowadays but when you have to cope with THESE kids, things tend to get out of hand! Dr Seaver, a psychologist and his wife Maggie Seaver, a journalist, try to do their best raising their family and although their kids, Mike, Ben, Carol and Crissie, cause them endless problems, they manage to keep the family close together. As long as they got each other, nothing else matters… 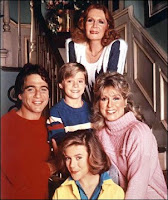 4. Who’s the Boss (1984-1992)
Former major-leaguer Tony Micelli and his daughter Samantha arrive at the Connecticut household of executive Angela Bower, where Tony has taken a job as live-in housekeeper. The Bowers are an interesting family, to say the least. Angela is uptight and obsessed with her work. Her son Jonathan is shy and lacks self-esteem, and her mother, Mona, is a man-hungry vixen. Tony soon wins them over with his laid back style, and the Bowers soon begin to loosen up. Over time, romantic tensions begin to surface between Angela and Tony, and we see the children grow up. 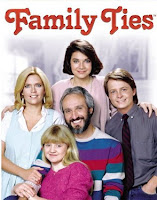 3. Family Ties (1982-1989)
A couple who were ardently leftwing political activists in the sixties face the problems of raising a family with children who have strongly conservative views. Alex was an avid Reagan-devotee and card-carrying Young Republicans Club member who sauntered through the house in a shirt and tie and hung a picture of William F. Buckley over his bed. But as intelligent and over-achieving as Alex was, Mallory was as underachieving and slacker; she was more into shopping and cute guys. Jennifer was the precocious youngster who just wanted to be a normal kid. During the 1984-1985 season, Elyse gave birth to Andrew, her and Steven’s fourth child; Alex quickly took his young brother under his wing, and before long, Andrew was reading the Wall Street Journal over his Froot Loops cereal. 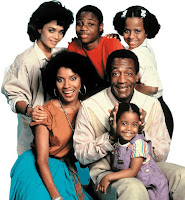 2. The Cosby Show (1984-1992)
Long-running popular comedy television series about the Huxtable family. Doctor Heathcliff Huxtable and Clair Huxtable, a happily married couple, are raising their children (Sondra, Denise, Theodore, Vanessa, and Rudy). The two oldest daughters eventually live successful adult lives and get married (Sondra to Elvin and Denise to Martin). As the children get older, the family gets larger and, to the chagrin of Cliff, keep on coming back home when he wants them to move out and live on their own for good. 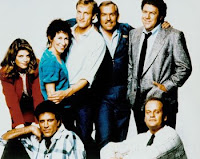 1. Cheers (1982-1993)
Sam Malone, a former baseball star, is the head of a nice little bar where Norm, Cliff, Dr. Frasier and all the other regular customers spend together a few hours every day, talking about their problems, laughing at each other’s flaws, trying to be there when someone else needs them. “Cheers” is the place where everybody knows your name…